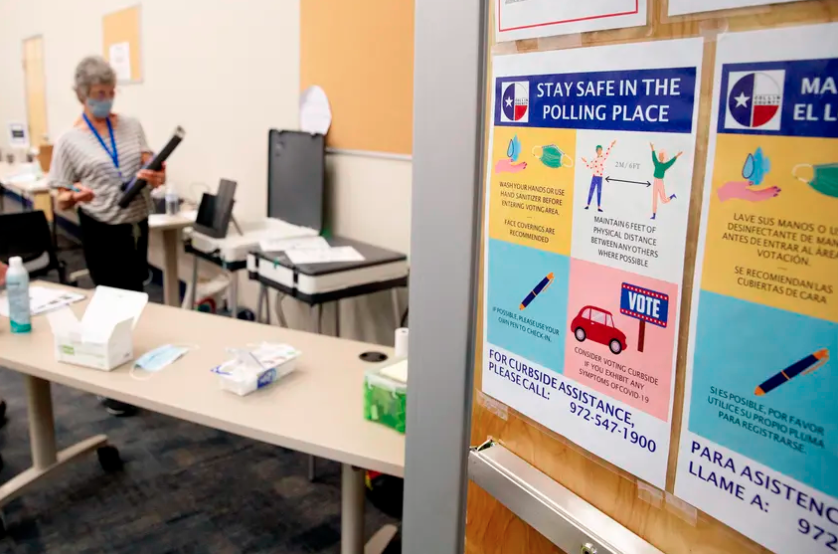 The Collin County Elections Department created a mock polling site to prepare poll workers for early voting in June. It included signs to inform voters and employees on how to reduce the risk of spreading COVID-19 during the voting process. 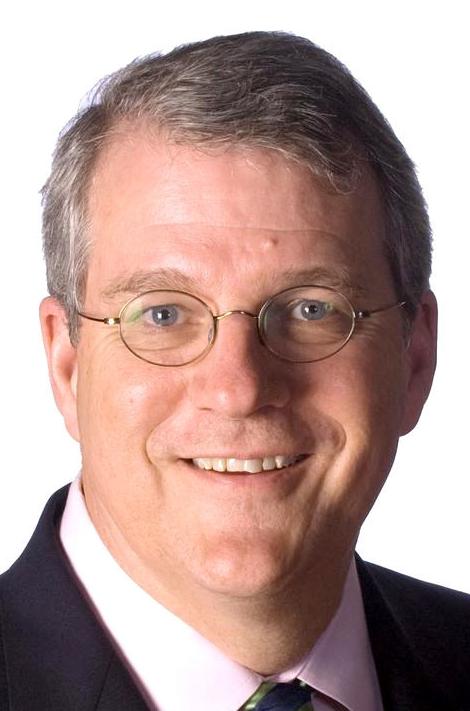 Here’s one way to think about who wants more people to vote and who doesn’t.

Gov. Greg Abbott’s order extending the early voting period is evidence of the former. That move is intended to make it easier to vote early by leaving more time for it, offering voters a chance to get their business done before the deadline rush on Election Day.

Other moves, from people including President Donald Trump and Texas Attorney General Ken Paxton, look unhelpful at best, or at worst, like tampering.

Texas allows people to vote absentee if they meet one of several conditions: that they’ll be out of their home county during the entire voting period, that they’re eligible to vote but in jail, that they are 65 years old or older, or that they cite a disability or illness that prevents them from voting in person without “injuring the voter’s health.”

The Texas Supreme Court ruled in May that the lack of immunity to COVID-19 doesn’t qualify someone for that last exception, but it also wrote, “We agree, of course, that a voter can take into consideration aspects of his health and his health history that are physical conditions in deciding whether, under the circumstances, to apply to vote by mail because of disability.”

The latest Texas battlefield is in the state’s most populous county, where state officials are working to stop Harris County officials from sending unsolicited applications for absentee ballots to all voters.

That court fight is very much alive, but the Texas Supreme Court has put a temporary hold on the mailings. The Harris County Republican Party sued to stop the county clerk from mailing those applications, saying local officials don’t have the legal authority to send the forms to people who haven’t asked for them. The state’s major political parties, on the other hand, regularly mail the applications to voters who haven’t requested them.

That legal challenge — with the argument that it’s confusing to send applications to voters who might not be qualified to vote by mail — proved to be an attractive cause for other Republicans. Paxton has a lawsuit, too, filed on behalf of the Texas secretary of state. Harris County has said it would let voters know, in detail, whether they may qualify for mail ballots, and takes the position that it’s trying to make sure everyone who can do so has an application for it.

While the lawyers argue, voters can always ask for their own absentee voting applications, decide whether they qualify to vote by mail and proceed accordingly. Some won’t go to the trouble, just as some people won’t be troubled to vote.

Voting by mail has devolved into a partisan food fight in this fraught election season. As the combatants have framed this, it’s about whether, on one hand, elections are reasonably free of fraud (it’s rare and illegal), and on the other, whether everyone who wants to vote can do so without running a bureaucratic obstacle course (they can’t).

That’s for the courts to untangle, maybe even before we all vote.

This isn’t a universal fight, even though the president is conducting a national campaign about the dangers of casting a vote with an envelope and a stamp instead of by standing in line and using a machine in public. Most states let all of their eligible voters decide whether to vote in person or by mail. Some mail ballots to every registered voter, whether requested or not.

Texas makes it harder than that, and state officials are fighting to keep it that way. Some argue — with little evidence — that voting by mail is insecure, raising questions about the integrity of the results after the votes are counted.

That’s the argument Trump has adopted — that election fraud is easier when voting by mail is the method. Texas Lt. Gov. Dan Patrick has called efforts to expand absentee voting this year a “scam by Democrats to steal the election.” In particular, he was referring to a still-pending lawsuit filed by the Texas Democratic Party that says people under age 65 have as much right as their elders to vote by mail.

Texas already has limited absentee voting; the question is whether it’s open to everyone. The law says it’s not, but lawyers are challenging that. That legal tussle hides a simpler argument about making voting easier than it is now.

One of the legal briefs supporting Harris County Clerk Chris Hollins’ proposal is on a grocer’s letterhead, filed on behalf of Charles Butt, chair of H-E-B, by his attorney, Wallace Jefferson, a former chief justice of the Texas Supreme Court. Butt likened Harris County’s plan to distribute absentee applications to his company’s response to the pandemic: allowing pickup orders and expanding home deliveries.

“Texas requires an excuse to vote absentee but, as your Court has recently held, does not permit election officials to second-guess a voter’s exercise of that option,” Butt wrote. “Thus, Clerk Hollins’s effort to make absentee ballots widely available trusts voters, protecting those who are vulnerable from unnecessary exposure in this new COVID-19 world in which we’re living.

“It’s always been my impression that the more people who vote, the stronger our democracy will be.”