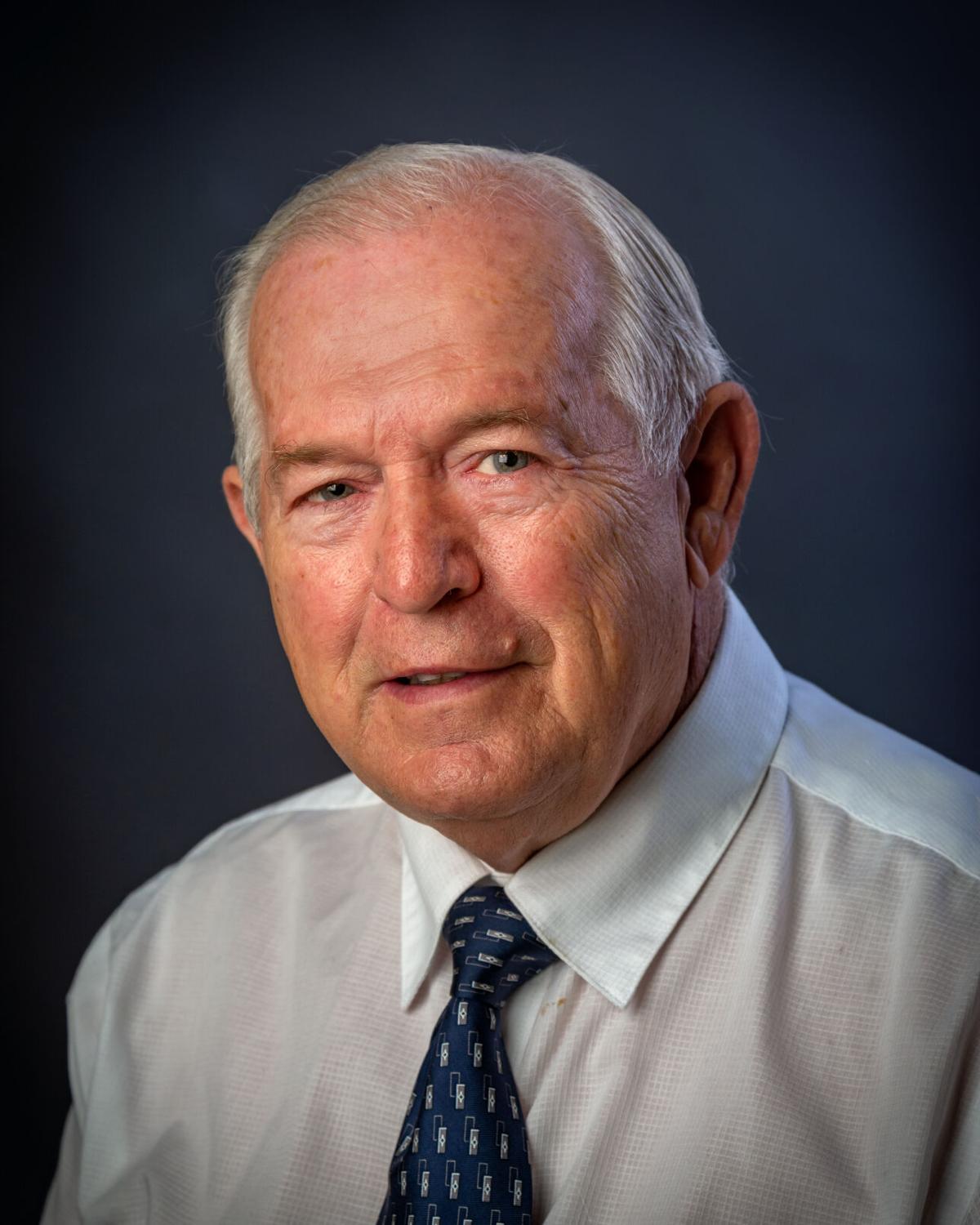 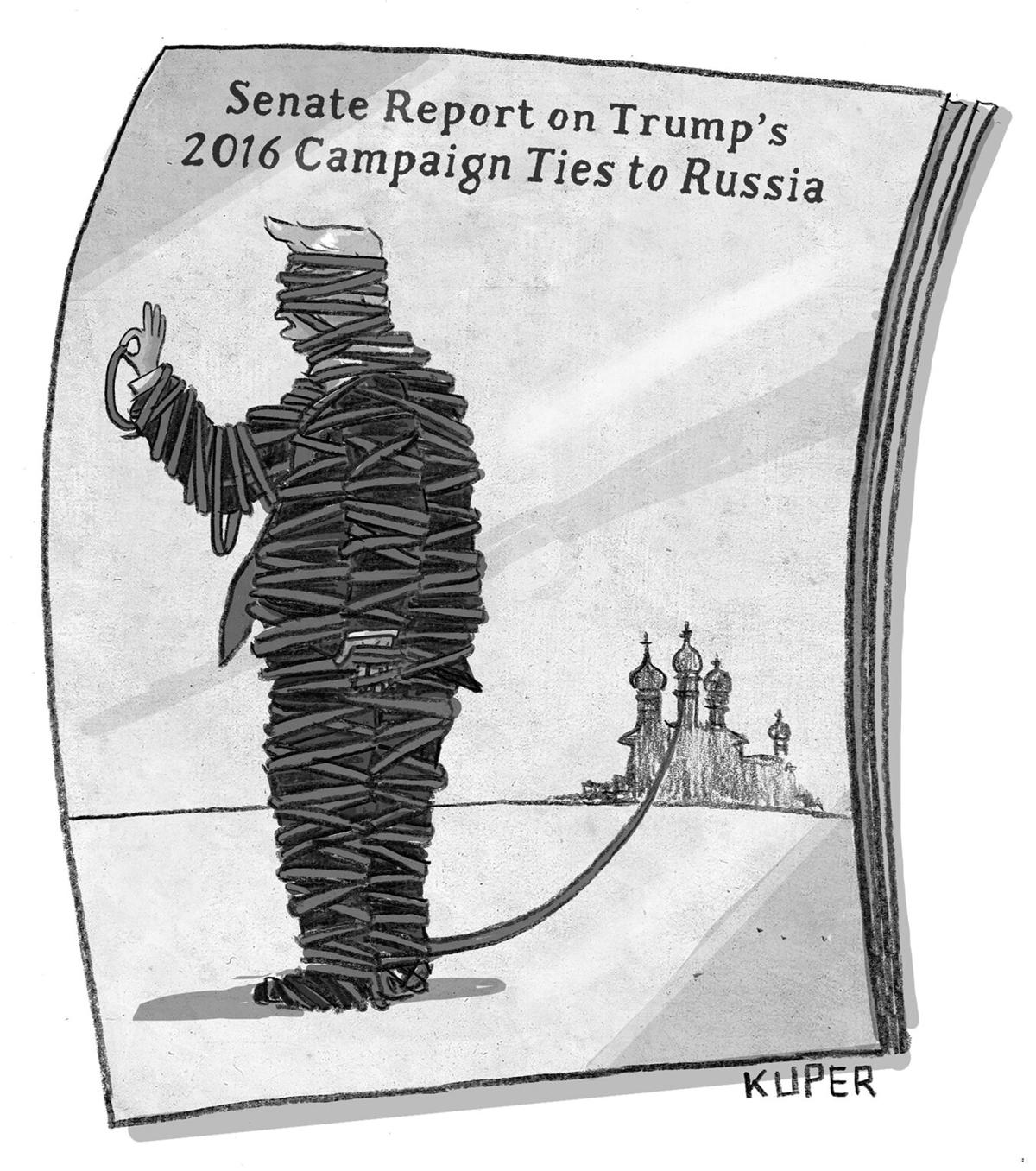 As we say “farewell” to the 45th president in a few weeks, I thought it would be instructional to look at the topic that has bedeviled Donald Trump the past four years — Russian interference into U.S. presidential elections.

In August, the Senate Intelligence Committee released its fifth and final report on Russia’s “aggressive, multifaceted effort” to bolster Trump in the 2016 election. Why this report is significant is not only because of its revelations of Russian hacking, but it is a bipartisan report issued by Democrat and Republican members in the chamber that is under Republican control.

The committee describes its 966-page report as “the most comprehensive description to date of Russia’s activities and the threat they pose.” The report goes further than special counsel Robert Mueller’s report by concluding that Trump most likely did have advance knowledge of Russia’s hack of Democratic National Committee’s emails before WikiLeaks released them — contrary to what Trump told Mueller’s team.

It also provided fresh evidence of Paul Manafort’s connections to Russian intelligence officers, establishing a clear pipeline between Russia and the top level of the Trump campaign. Manafort was convicted of tax and bank fraud and sentenced to 7.5 years in prison, but is now serving his sentence on home released due to the coronavirus pandemic.

In an analysis provided by internet news media the Daily Beast, the report also offers a damning assessment of Trump’s vulnerability to foreign manipulation and Russian interference. However, it does not conclude the Trump campaign engaged in a coordinated conspiracy with Russia.

The report says Manafort’s high-level access to the Trump campaign and his willingness to share information with Russian and Ukrainian operatives represented a “grave counterintelligence threat.”

The report stated, “(Manafort’s) presence on the campaign and proximity to Trump created opportunities for Russian intelligence services to exert influence over and acquire confidential information on the Trump Campaign.”

The intelligence committee also concluded, for the first time, that the Russian government was the source of the hacked DNC emails, contrary to claims by WikiLeaks and founder Julian Assange.

The report said “significant evidence” showed that WikiLeaks was knowingly collaborating with Russian government officials when it hacked and released the emails in an effort to derail Hillary Clinton’s campaign.

A detailed timeline shows the release of emails about 30 minutes after the Washington Post published a story on Trump’s infamous Access Hollywood tape where he claimed he grabbed women by their genitals. Roger Stone, a Trump confidant, was on the phone with the White House just ahead of the story’s publication.

Stone then called Jerome Corsi, who later said Stone told him to get Assange to “drop the Podesta emails immediately” in an effort to divert attention away from the tape. WikiLeaks then released 2,050 emails that Russia had stolen from DNC Chairman John Podesta, the report said.

The findings go further than Mueller’s report, which did not conclude that Trump knew about the WikiLeaks hack prior to the email release. Trump told Mueller’s team that he didn’t recall ever discussing the WikiLeaks email drop, but the committee assessed that Trump did, in fact, speak with Stone about WikiLeaks and with members of his campaign.

Stone was later found guilty of lying to Congress about his contact with WikiLeaks, but Trump almost immediately pardoned his prison sentence giving the impression that Trump would give protection to those who lied on his behalf.

The report is most critical of the Trump’s campaign general incompetence and vulnerability to Russian contact during the transition to the White House. It concludes that the Kremlin capitalized on the “relative inexperience” of Trump’s team and the new president’s “desire to deepen ties with Russia.

This explains Trump’s sensational claim that he believed Russian President Vladimir Putin’s assurance that Russia did not interfere in the 2016 election. Trump later had to eat those words after 17 U.S. intelligence agencies said the opposite was true.

That’s probably why hundreds of foreign policy experts who served Trump and in the last three presidential administrations signed a statement calling him unfit for the office and endorsed Joe Biden in this year’s election.

— John D. Foster is a Carthage resident and regular contributor to the Saturday Forum. Email jandmfoster@yahoo.com .

“For the grace of God has appeared, bringing salvation to all people, instructing us to deny ungodliness and worldly desires and to live sensibly, righteously, and in a godly manner in the present age, looking for the blessed hope and the appearing of the glory of our great God and Savior, Christ Jesus, who gave Himself for us to redeem us from every lawless deed, and to purify for Himself a people for His own possession, eager for good deeds.”