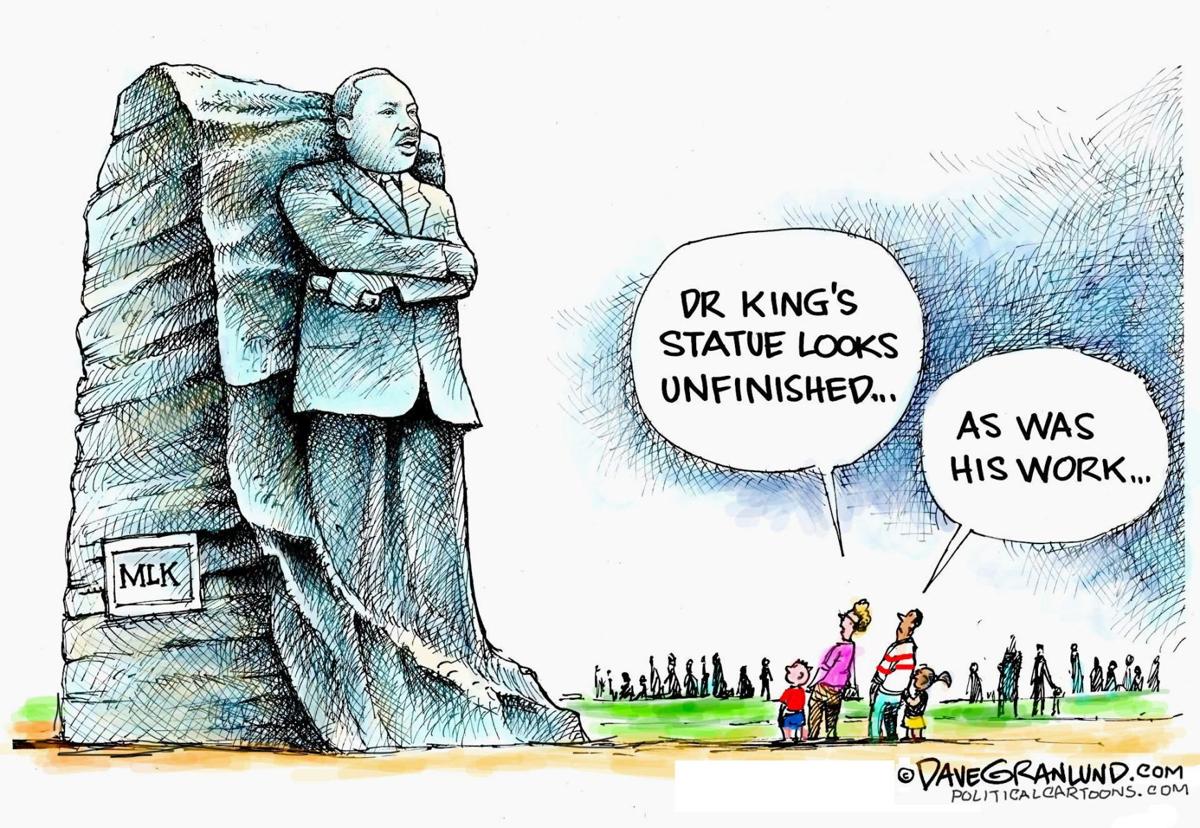 In a strange way, the annual commemoration of the Rev. Martin Luther King Jr. stirs up unease in me. I fear it is steadily enfeebling the power of the contradictions in our society that he forced us to face.

The holiday seems in danger of becoming a festive celebration that flattens Dr. King’s prophetic witness under the weight of parades, platitudinous politicians and ubiquitous renditions of his eloquent “I have a dream” speech at the Lincoln Memorial, but not recited in the national protest context in which he delivered it.

A proper commemoration is good and necessary; but rarely is there mention that, when King was assassinated, his popularity was on the wane and under attack because he had turned his face against the Vietnam War and raised his voice against structural poverty in America. Few recall that King was murdered while supporting a bitter sanitation workers’ strike in Memphis. He had connected poverty and economic oppression with racism and vice versa.

Our society cannot deal with King as a modern Isaiah or Jeremiah. So we bury his wrath against injustice under a hundred thousand rose petals — just as we have reduced the Isaiah and Jeremiah of the Bible into pious artworks.

We know Dr. King would call us to respond to Gov. Greg Abbott’s cruel decision to bar refugees from Texas. He also would assail the country’s entrenched school segregation and inferior education for minority children.

Nor would anyone doubt his take on the injustice of our criminal justice system and role of racism in police enforcement. He would be pressing against the ever-tightening web of minority voter suppression.

Dr. King would challenge, in terms of ethics, the use of drones to summarily execute our “enemies” and the disproportionate tax funds spent on armaments. He would compel us to deal with the 450 years of social and moral damage of slavery and its aftermath.

And he would protest imprisoning immigrant children, breaking up families and rendering the asylum process a farce at our southern border.

The list is long and seemingly intractable, but only intractable as long as we allow it to be. King was clear that just complaining about injustice is not enough. The best way to honor him is to organize around those issues that we know he would take to task. We should use his holiday as a time to examine our national conscience and then get to work for another year.

King surely would be vehement with those Christian leaders who act as apologists for the current misdirection of our national government. His critique surely would be more forceful than his “Letter from a Birmingham Jail” to local clergy who told him to slow down and accept that change occurs slowly.

Last May, I joined a civil rights pilgrimage to Alabama. My career as a civil rights lawyer was set in motion by the Civil Rights Movement of the 1960s, and visiting places where people organizing for justice were met with fierce and violent oppression, even death, in the not-so-distant past was profoundly moving. Equally poignant was the spirituality, love, and adherence to non-violence of the people who helped guide us on the pilgrimage, some of whom were personal witnesses to, and even victims of, that era’s violence against African Americans.

I sat in Dr. King’s study at his small Montgomery house and wondered at his bravery. I was feet from where he had his midnight crisis and considered leaving town after all the daily telephone death threats. His personal spirituality finally brought him peace that night and resignation to do his work regardless of personal consequence.

If we share Dr. King’s dream of a society that promotes an ethic of love, justice, and humanity in all its spheres, then the MLK holiday should be when we stop, take stock, and then move forward out of our comfort zone to do our part in that work.

— James C. Harrington, a human rights attorney in Austin and founder of the Texas Civil Rights Project, is an occasional contributor to the Saturday Forum.