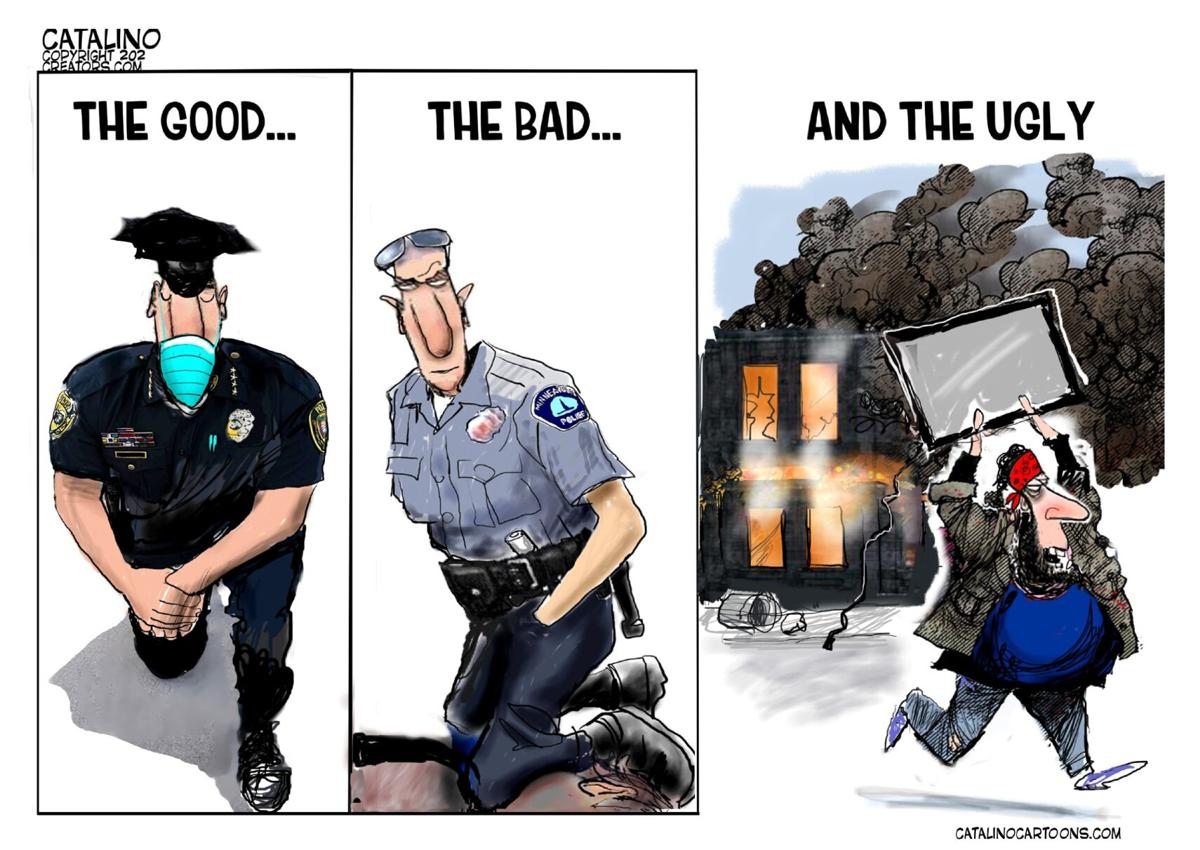 Lately it has seemed that our life in the America of 2020 AD increasingly resembles a dystopian novel.

No sooner had a lot of us begun to emerge from various shelter-in-place orders and lockdowns than we were subjected to the horrifying spectacle of an unarmed man, one George Floyd, being slowly asphyxiated by a Minneapolis police officer. Before we could catch our breath, protests would spring up like wildfire in cities across the nation, some peaceful, but many soon infiltrated by organized practitioners of mayhem, such as Antifa, resulting in widespread looting, destruction of private property, murders, assaults, burning of historic churches, and defacing of national monuments.

It has not been a happy time in these United States.

Many have been quick to reflexively blame the current occupant of the White House for this state of affairs, but this will not suffice. It is worth noting that the offending police officer, one Derek Chauvin, now arrested for murder, was involved in previous fatal shootings and received at least 17 complaints during a period of nearly 20 years with the Minneapolis Police Department.

Moreover, he lived and worked in an environment dominated by political progressives. The governor of Minnesota, the state attorney general, the Minneapolis mayor and city council all have their ideological home in the modern Democratic Party, the presumed acme of “diversity and inclusion.”

Sen. Amy Klobuchar, who has been mentioned as a possible Biden running mate and previously served as a county prosecutor, declined to prosecute Chauvin in her previous position. The Justice Department of previous presidents, including that of Barack Obama, failed to prosecute a number of similar incidents in the recent past. So there is a lot of blame to go around here.

And there is much naivete regarding these matters and how best to respond to them. The June 2 edition of the News-Journal reported on a group of young people peacefully protesting along a stretch of Loop 281. Reading their complaints, I don’t doubt the sincerity of their desire for a more just world, but I am not at all confident they have any clue how to bring it about. From the look of things, they have been trained to be good Social Justice Warriors. Naturally there was much banter about equality, but they evinced little awareness that our society has been obsessed with that subject for ages.

Much public policy, both good and bad, has resulted from that preoccupation. We rightly believe, or claim to believe, in equal justice under law. But leftist ideology has distorted and undermined that noble concept. Too much of the rising generation has been seduced by warmed-over Marxism and thus fall for the likes of The New York Times’ infamous “1619 Project,” which reduces the whole thrust of American history to the stain of slavery and racism, excluding all else, including what is undeniably good. This series has been introduced into many public schools, though perhaps slowed by the pandemic.

At any rate, it is hard to discern much depth of thought and reflection among the young protesters, earnest though they may be. Shallow and tiresome chants like “No justice, no peace, no racist police” will not get us where we need to go.

The late children’s television host Fred Rogers observed that in times of crisis, we should “look for the helpers.” This is especially true in the painful time of social unrest and cultural unraveling that now plagues us. Those who comfort the grieving, who clean and pick up in the aftermath of looting and destruction, who build bridges instead of tearing everything down — it is these to whom we should ultimately pay attention and honor.

T. S. Eliot wrote that in times of trouble, we should redeem the time, “so that the Faith may be preserved alive through the dark ages before us; to renew and rebuild civilization, and save the World from suicide.”

We need only remember that it can’t be done alone.

— Jeff McAlister, a Longview resident, is a regular contributor to the Saturday Forum.