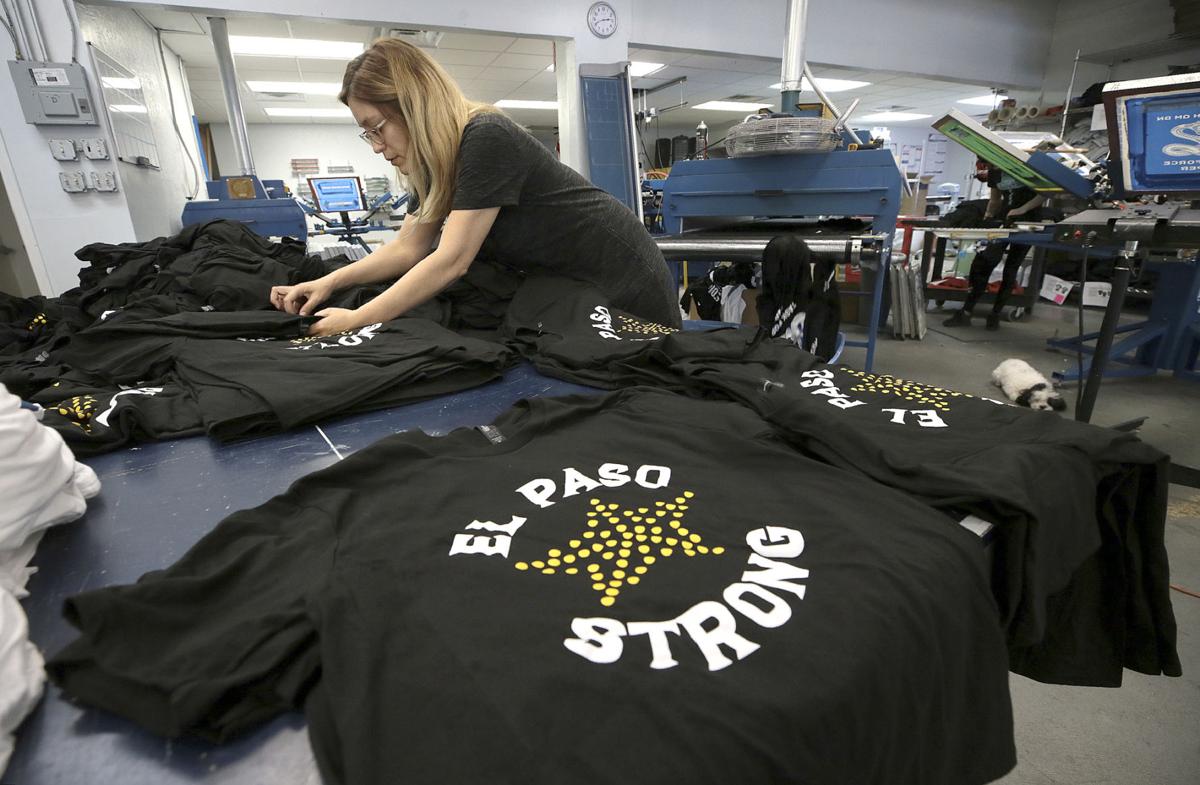 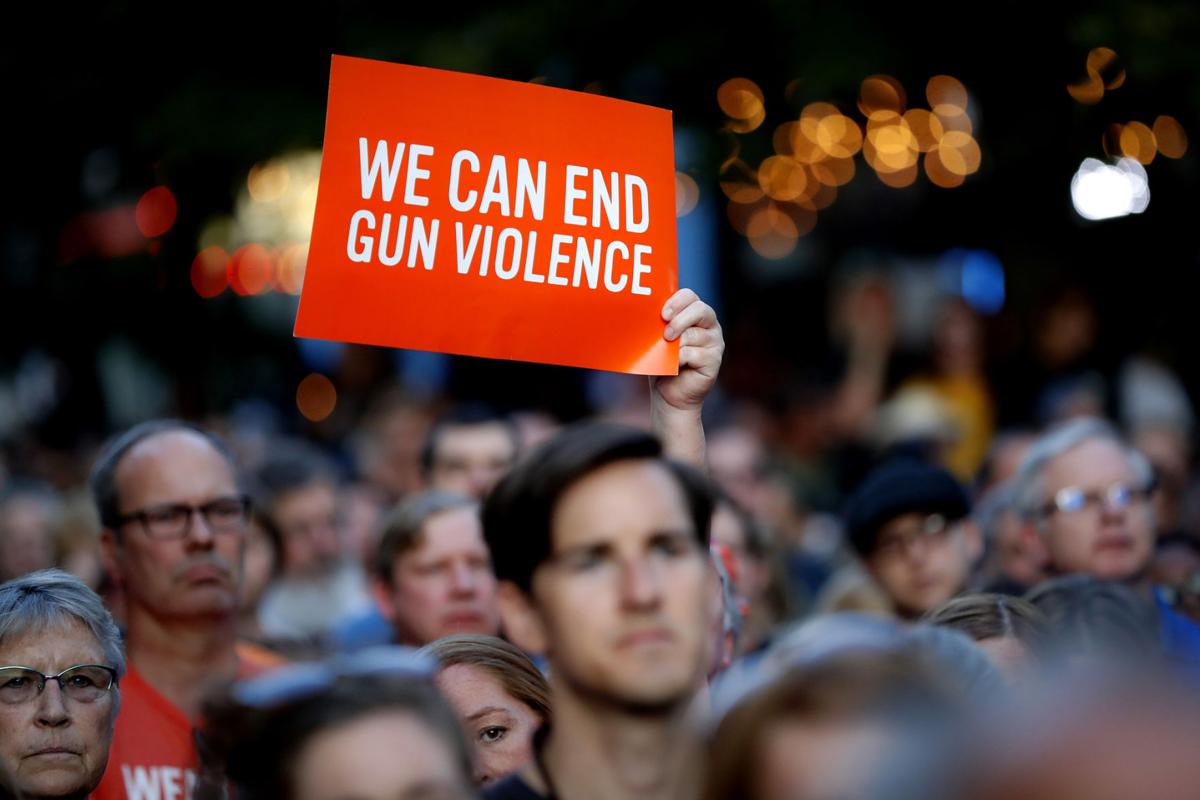 Mourners gather for a vigil Sunday at the scene of a mass shooting in Dayton, Ohio. Police say they are unsure if the gunman, 24-year-old Connor Betts, intended to kill his younger sister.

Mourners gather for a vigil Sunday at the scene of a mass shooting in Dayton, Ohio. Police say they are unsure if the gunman, 24-year-old Connor Betts, intended to kill his younger sister.

EL PASO — The Texas border city jolted by a weekend massacre at a Walmart absorbed more grief Monday as the death toll climbed to 22. Meanwhile, President Donald Trump called for bipartisan solutions to the bloodshed but offered few details as he prepared to visit El Paso on Wednesday. The city’s residents and local Democratic leaders say he isn’t welcome and should stay away.

Trump coming to El Paso in wake of the tragedy is unnerving some residents and politicians who said his divisive words are partly to blame. But Margo, a Republican, deflected criticism.

Acknowledging the backlash in the community, Margo added: “I’m already getting the emails and the phone calls.”

Trump, speaking Monday from the White House, declared the weekend mass shootings in El Paso and Dayton, Ohio, barbaric crimes “against all humanity” and called for unity to respond to an epidemic of gun violence. He blamed mental illness and video games but made no mention of more limits on the firearms that can be sold.

Trump said he wanted legislation providing “strong background checks” for gun users, though he has reneged on previous promises along that line after mass attacks. He seemed to abandon his latest idea of linking gun control legislation to immigration policy just a few hours after proposing it.

“We vow to act with urgent resolve,” Trump said. His remarks included a solitary denunciation of white supremacy, which he has been reluctant to criticize.

Democratic Rep. Veronica Escobar of El Paso made clear that the president was not welcome in her hometown as it mourned. Democratic presidential candidate Beto O’Rourke, who was an El Paso congressman for six years, also said Trump should stay away.

“This president, who helped create the hatred that made Saturday’s tragedy possible, should not come to El Paso. We do not need more division. We need to heal. He has no place here,” O’Rourke tweeted.

Other residents in the largely Latino city of 700,000 said Monday that Trump’s rhetoric is difficult for them to stomach.

“It’s offensive just because most of us here are Hispanic” said Isel Velasco, 25. “It’s not like he’s going to help or do anything about it.”

In Dayton, police worked Monday to pin down why a 24-year-old gunman killed nine people, including his sister, in a weekend shooting rampage in a popular nightlife area.

Connor Betts, who was wearing a mask and body armor when he opened fire in the bustling Oregon District early Sunday, was armed with an AR-15-style rifle. If all of the magazines he had with him were full, which hasn’t been confirmed, he would have had a maximum of 250 rounds, said Police Chief Richard Biehl.

“It is fundamentally problematic. To have that level of weaponry in a civilian environment is problematic,” Biehl added.

Betts’ rampage was the second mass shooting in the U.S. over the weekend, both leaving a total of 31 people dead and more than 50 injured.

Still unknown is whether Betts targeted any of the victims, including his 22-year-old sister, Megan, the youngest of the dead.

“It seems to just defy believability he would shoot his own sister, but it’s also hard to believe that he didn’t recognize it was his sister, so we just don’t know,” Biehl said.

While the gunman was white and six of the nine killed were black, police said the speed of the rampage made any discrimination in the shooting seem unlikely. It all happened within 30 seconds, before police officers stationed nearby killed Betts.

Any attempt to suggest a motive so early in the investigation would be irresponsible, the police chief said.

“There’s nothing in this individual’s record that would have precluded him from getting these weapons,” Biehl said Sunday.

Authorities are scrutinizing a racist, anti-immigrant screed posted online shortly before police say Patrick Crusius, 21, opened fire on Saturday. Language in the document mirrors some of the words used by Trump.

The White House hasn’t announced Trump’s trip, but the Federal Aviation Administration has advised pilots of a presidential visit that day to El Paso and Dayton.

Authorities at the news conference in El Paso also revealed details about the suspect’s whereabouts before the shooting — some of the first to come out regarding his movements. Police Chief Greg Allen said Crusius drove more than 10 hours from the Dallas area before arriving in El Paso. He said Crusius got lost in a neighborhood before ending up at Walmart “because, we understand, he was hungry.” Allen didn’t elaborate.

Crusius is from the affluent Dallas suburb of Allen. The police chief said the gun used was legally purchased near the suspect’s hometown. The chief did not say what kind of weapon it was but described the ammunition as 7.62-caliber, which is used in high-powered rifles.

Crusius, who is being held without bond, said in his application for a public defender that he has no income or assets and has been unemployed for five months.

The El Paso shooting is one of the deadliest in U.S. history, and the death toll rose Monday as doctors announced that two more of the wounded had died. Dr. Stephen Flaherty of Del Sol Medical Center described the wounds as “devastating and major” and said that one patient who died had major abdominal injuries affecting the liver, kidneys and intestines.

The hospital did not release the names or ages of the two patients who died, but hospital officials described one as an elderly woman.

Mexican officials have said eight Mexican nationals were among the dead. Tens of thousands of Mexicans legally cross the border each day to work and shop in El Paso.

El Paso police publicly identified the 22 killed for the first time Monday, but there were some discrepancies in the spelling of names and nationalities between that list and Mexico’s.

El Paso has long prided itself on being one of the safest cities in the nation. When years of drug cartel-driven violence in neighboring Ciudad Juarez, Mexico, left tens of thousands of people dead, El Paso still had one of the nation’s lowest crime rates. Police reported 23 murders last year and 20 the year before that, making Saturday’s rampage a year’s worth of bloodshed.

Authorities searched for any links between the suspect and the material in the document that was posted online, including the writer’s expression of concern that an influx of Hispanics into the United States will replace aging white voters, potentially turning Texas blue in elections and swinging the White House to Democrats.

Vanessa Tavarez, 36, from the rural West Texas town of Seagraves, traveled to El Paso on Saturday to renew her Mexican husband’s residency and work documents. They arrived with their 5-year-old son at a motel only to find police helicopters circling overhead.

Shopping at the Walmart where the shooting occurred was on the family’s to-do list before the attack. She said fear nagged at them after the shooting as they shopped elsewhere for supplies and went to a movie.

“I don’t think anybody would be in favor of him (Trump) being here, first of all,” Tavarez said. “Because a lot of people probably think it’s because of him that everything happened. ... I just think people will be angry.”