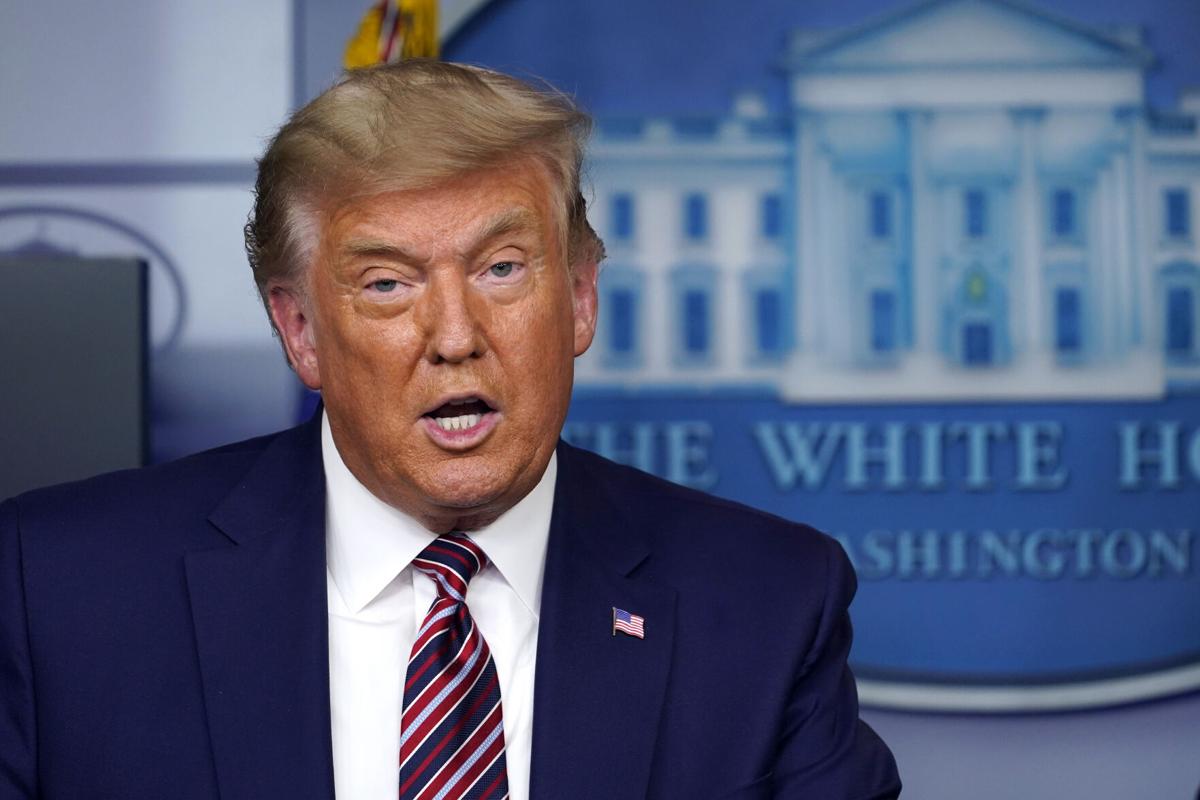 President Donald Trump speaks during a news conference in the briefing room at the White House in Washington, Friday, Nov. 20, 2020. (AP Photo/Susan Walsh) 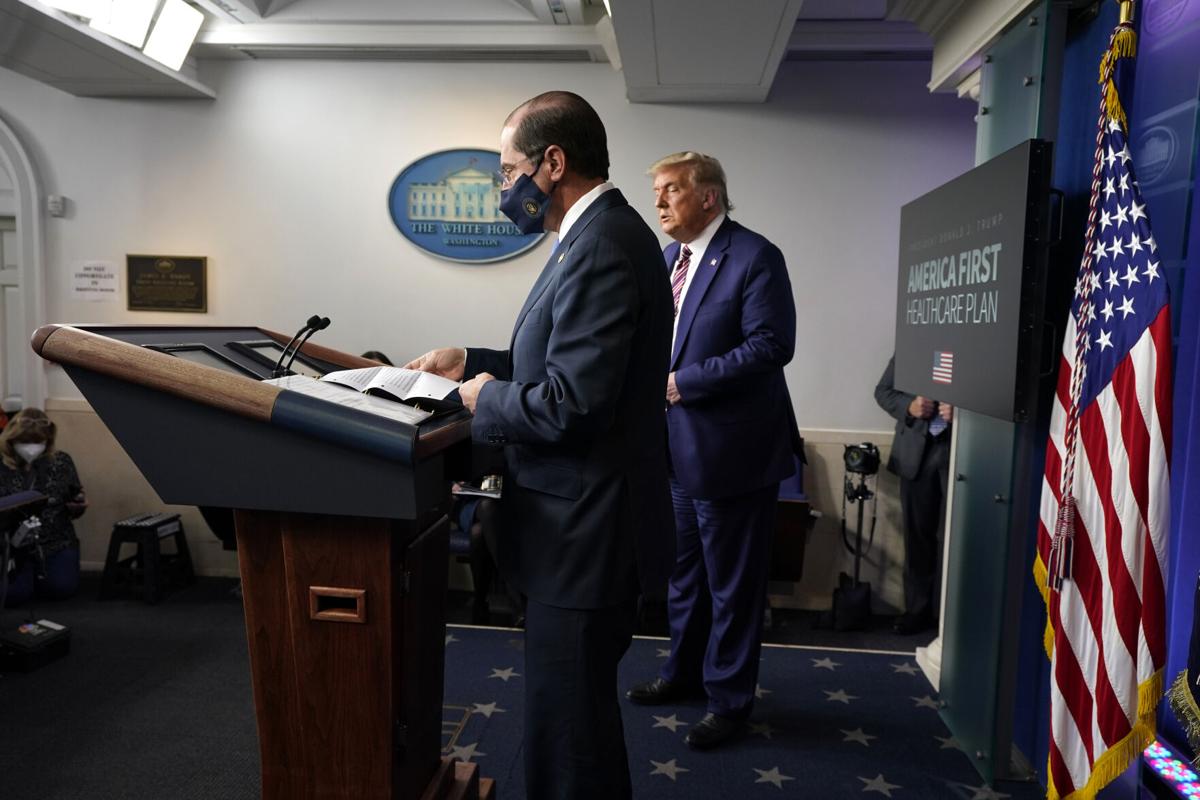 President Donald Trump speaks during a news conference in the briefing room at the White House in Washington, Friday, Nov. 20, 2020. (AP Photo/Susan Walsh)

WASHINGTON (AP) — Trying to close out major unfinished business, the Trump administration issued regulations Friday that could lower the prices Americans pay for many prescription drugs.

But in a time of political uncertainty, it’s hard to say whether the rules will withstand expected legal challenges from the pharmaceutical industry or whether President-elect Joe Biden’s administration will accept, amend or try to roll them back entirely.

“The drug companies don’t like me too much. But we had to do it,” President Donald Trump said in announcing the new policy at the White House. “I just hope they keep it. I hope they have the courage to keep it,” he added, in an apparent reference to the incoming Biden administration, while noting the opposition from drug company lobbyists.

The two finalized rules, long in the making, would:

— Tie what Medicare pays for medications administered in a doctor’s office to the lowest price paid among a group of other economically advanced countries. That’s called the “most favored nations” approach. It is adamantly opposed by critics aligned with the pharmaceutical industry who liken it to socialism. The administration estimates it could save $28 billion over seven years for Medicare recipients through lower copays. It would take effect Jan. 1.

— Require drugmakers, for brand-name pharmacy medications, to give Medicare enrollees rebates that now go to insurers and middlemen called pharmacy benefit managers. Insurers that deliver Medicare’s “Part D” prescription benefit say that would raise premiums. The nonpartisan Congressional Budget Office estimates it would increase taxpayer costs by $177 billion over 10 years. The Trump administration disputes that and says its rule could potentially result in 30% savings for patients. It would take effect Jan. 1, 2022.

The pharmaceutical industry said Trump’s approach would give foreign governments the “upper hand” in deciding the value of medicines in the U.S. and vowed to fight it.

“The administration is willing to upend the entire system with a reckless attack on the companies working around the clock to end this pandemic,” the Pharmaceutical Research and Manufacturers of America said in a statement, adding that it is “considering all options to stop this unlawful onslaught on medical progress and maintain our fight against COVID-19.”

The U.S. Chamber of Commerce said the “most favored nation” rule would lead to harmful price controls that could jeopardize access to new lifesaving medicines at a critical time.

Trump also announced he is ending a Food and Drug Administration program that was designed to end the sale of many old, and potentially dangerous, unapproved drugs that had been on the market for decades.

Sales of hundreds of these drugs, including some known to be harmful, have been discontinued under the program. But an unintended consequence has been sharply higher prices for consumers for these previously inexpensive medicines after they were approved by the FDA.

Trump came into office accusing pharmaceutical companies of “getting away with murder” and complaining that other countries whose governments set drug prices were taking advantage of Americans.

As a candidate in 2016, Trump advocated for Medicare to negotiate prices. As president, he dropped that idea, objected to by most Republicans. Instead, Trump began pursuing changes through regulations.

He also backed a bipartisan Senate bill that would have capped what Medicare recipients with high bills pay for medications while generally limiting price increases.

Ambitious in scope, the legislation from Sens. Chuck Grassley, R-Iowa, and Ron Wyden, D-Ore., did not get a full Senate vote.

Health and Human Services Secretary Alex Azar, a former drug company executive, said the rules will “break this model where patients suffer, where prices increase every year,” while corporate insiders enrich themselves.

Addressing the prospect of legal battles, Azar said, “We feel that both regulations are extremely strong and any industry challenging them is declaring themselves at odds with American patients and President Trump’s commitment to lowering out-of-pocket costs.”

The international pricing rule would cover many cancer drugs and other medications delivered by infusion or injection in a doctor’s office.

It would apply to 50 medications that account for the highest spending under Medicare’s “Part B” benefit for outpatient care. Ironically, the legal authority for Trump’s action comes from the Affordable Care Act, the Obama-era health care overhaul he’s still trying to repeal.

The rule also changes how hospitals and doctors are paid for administering the drugs, in an effort to try to remove incentives for using higher cost medications.

Relying on international prices to lower U.S. costs is an approach also favored by Democrats, including Biden. But Democrats would go much further, authorizing Medicare to use lower prices from overseas to wrest industry concessions for all expensive medications, not just those administered in clinical settings.

Embodied in a House-passed bill from Speaker Nancy Pelosi, D-Calif., this strategy would achieve much larger savings, allowing Medicare to pay for new benefits such as vision and dental coverage. It also would allow private insurance plans for workers and their families to get Medicare’s lower prices.

Trump has taken other action to lower prescription drug costs by opening a legal path for importing medicines from abroad. Also, Medicare drug plans that cap insulin costs at $35 a month are available during open enrollment, currently underway.

Prices for brand-name drugs have continued to rise during Trump’s tenure, but at a slower rate. The FDA has put a priority on approving generics, which cost less.